Stephen Sondheim’s and James Lapine’s cockeyed fairytale comes to life in this adaptation of their groundbreaking, Tony Award-winning musical.  Into the Woods JR. features all of your favorite characters — Cinderella, Little Red Riding Hood, Jack (and his beanstalk) and the Witch — in this lyrically rich retelling of classic Brothers Grimm fables. 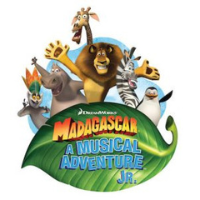 Join Alex the Lion, Marty the Zebra, Melman the Giraffe, Gloria the hip hip Hippo and, of course, those hilarious, plotting penguins as they bound onto your stage in the musical adventure of a lifetime.  Based on the smash DreamWorks animated motion picture, Madagascar – A Musical Adventure JR. follows all of your favorite crack-a-lackin’ friends as they escape from their home in New York’s Central Park Zoo and find themselves on an unexpected journey to the madcap world of King Julien’s Madagascar.

Alex the lion is the king of the urban jungle, the main attraction at New York’s Central Park Zoo. He and his best friends — Marty the zebra, Melman the giraffe and Gloria the hippo — have spent their whole lives in blissful captivity before an admiring public and with regular meals provided for them. Not content to leave well enough alone, Marty lets his curiosity get the better of him and makes his escape — with the help of some prodigious penguins — to explore the world.

Filled with outlandish characters, adventure galore and an upbeat score, Madagascar JR. will leave audiences with no choice but to “Move It, Move It!” 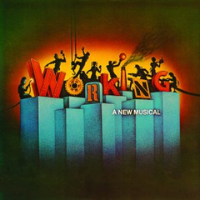 Based on Studs Terkel’s best-selling book of interviews with American workers, Working paints a vivid portrait of the workers that the world so often takes for granted: the schoolteacher, the phone operator, the waitress, the millworker, the mason and the housewife, just to name a few. Nominated for six Tony Awards, this classic has been updated for a modern age, featuring new songs by Tony Award-winning Lin-Manuel Miranda, as well as favorites by Stephen Schwartz, Craig Carnelia, James Taylor, Micki Grant, and more. We are excited to present this localized version containing the voices of our community. Inspired by the stories of workers in all roles, Working offers our teen actors a professional experience.  This production will include live musicians onstage, all members of our own Working community. 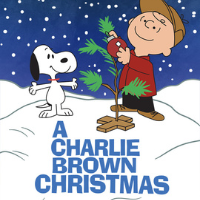 The classic animated television special A Charlie Brown Christmas comes to life in this faithful stage adaptation in which Charlie Brown, Snoopy and the rest of the Peanuts gang discover the true meaning of Christmas. 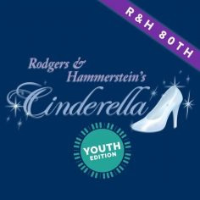 The timeless enchantment of a magical fairy tale is reborn with the Rodgers & Hammerstein hallmarks of originality, charm and elegance. Originally presented on television in 1957 starring Julie Andrews, Rodgers & Hammerstein’s Cinderella was the most widely viewed program in the history of the medium. Its recreation in 1965 starring Lesley Ann Warren was no less successful in transporting a new generation to the miraculous kingdom of dreams-come-true, and so was a second remake in 1997, which starred Brandy as Cinderella and Whitney Houston as her Fairy Godmother. As adapted for the stage, with great warmth and more than a touch of hilarity, this enthralling fairy tale still warms the hearts of children and adults alike.